We left Noosa, and headed for inland to the Sunshine Coast Hinterland. We didn’t get far up the road to Emundi before realising we had a problem with our caravan lights. Which lead us to the nearest supercheap auto which then led us to a free camp at the back of a sports ground in….we stayed one night here for continuing inland stopping in at Kingaroy for some peanuts and continuing the loop of the hinterland.

It poured with rain every day and continued for the next week as we travelled up the coast from Hervey Bay. We spent a day in Bundaberg visiting the Barrel where Bundaberg ginger beer and other flavoured drinks are made. We tasted all 17 flavours and left with two 6 packs of a varieties. We then visited the Bundaberg Rum distillery but we didn’t do the tour or tastings as we both aren’t rum drinkers.

After spending a night in Bundaberg we attempted to drive further north to escape the rain. We continued up the coast to 1770, the only town in Australia that is named by numerals. Here we camped at the council campgrounds as we explored the area. 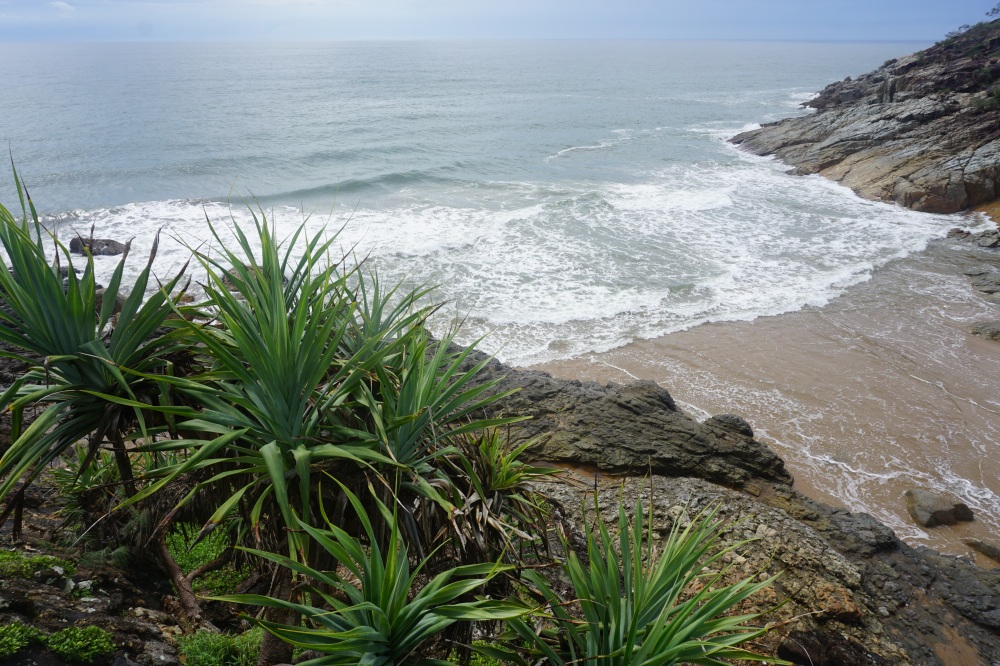 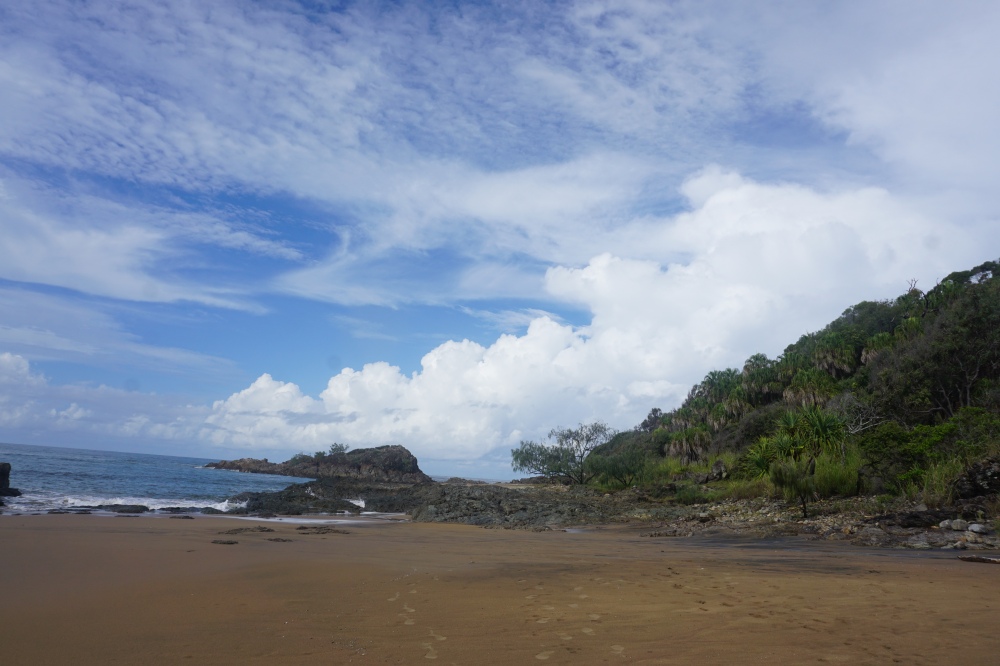 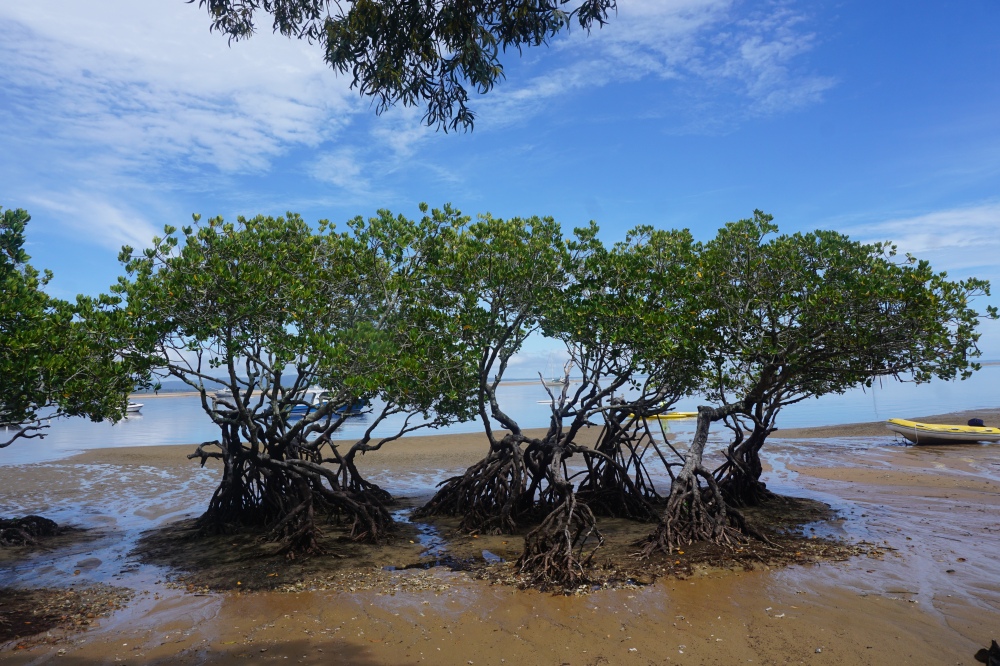 Driving along the … hwy we stopped at a free camp by the river after a big day driving we were finally making our way into croc country with warning signs at most water ways.

The next day we arriving in the beef capital of Australia, Rockhampton we only spent a night here being a Sunday not much was open so we visited the free zoo situated in the botanic gardens.

Ready to head back to the coast we headed to Yepoon, we spent a couple of nights at the beach front caravan park. We spent the morning riding around town, popping into local cafes and shops. In the afternoon we went on a guided tour around the Yepoon crocodile farm learning about crocodile farming and being croc wise as we visited the resident prehistoric creatures. 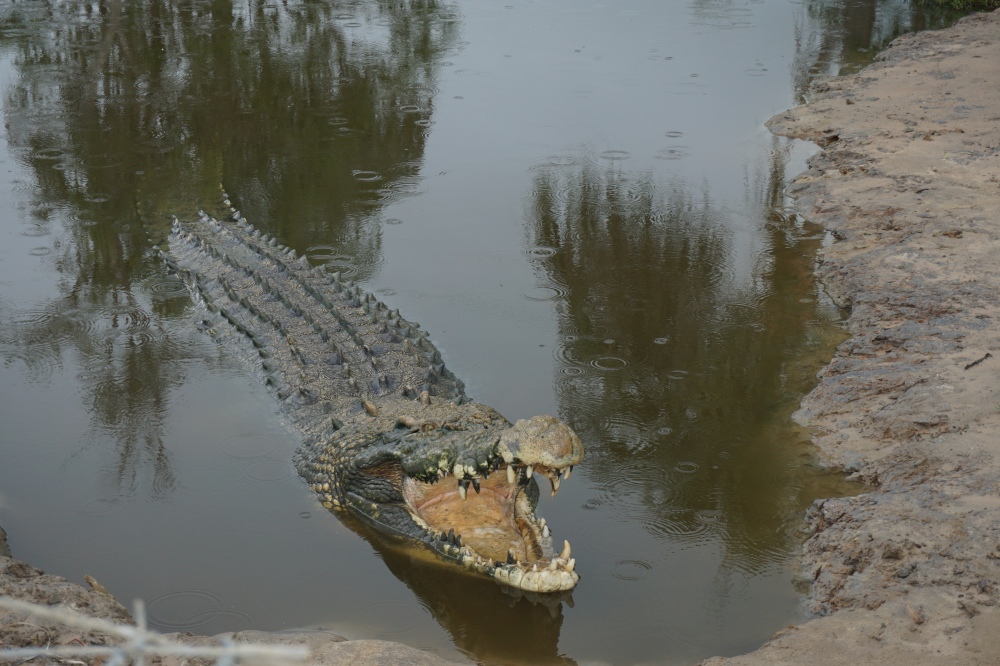 After being on the coast for a few days we decided we would go back inland again to try our luck at finding some gems in the Gemfields. From Yepoon we drove to Emerald spending the night here and then continuing to the Gemfields region. When arriving we parked up at the Blue Gem caravan park in Ruby vale and explored the surrounding area of the Gemfields including of Sapphire and Anakie. We booked a tour with Fascination  Gem Fossicking for $40 each we spent the morning Fossicking for Sapphires, we were taught where to dig, the process of sorting the wash and what to look for. Our $80 was well spent as we left after a hot mornings work with 12 Sapphires with 6 of them cutable. It was a memorable morning and one of my highlights of the trip, one day I hope to get something made from our gems to remind me of this experience forever. 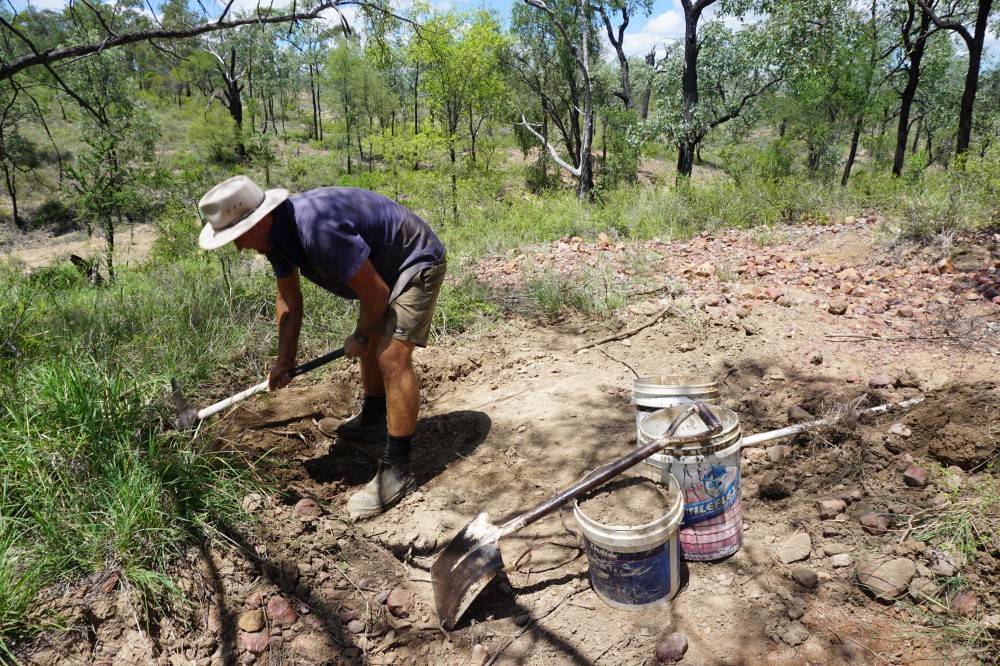 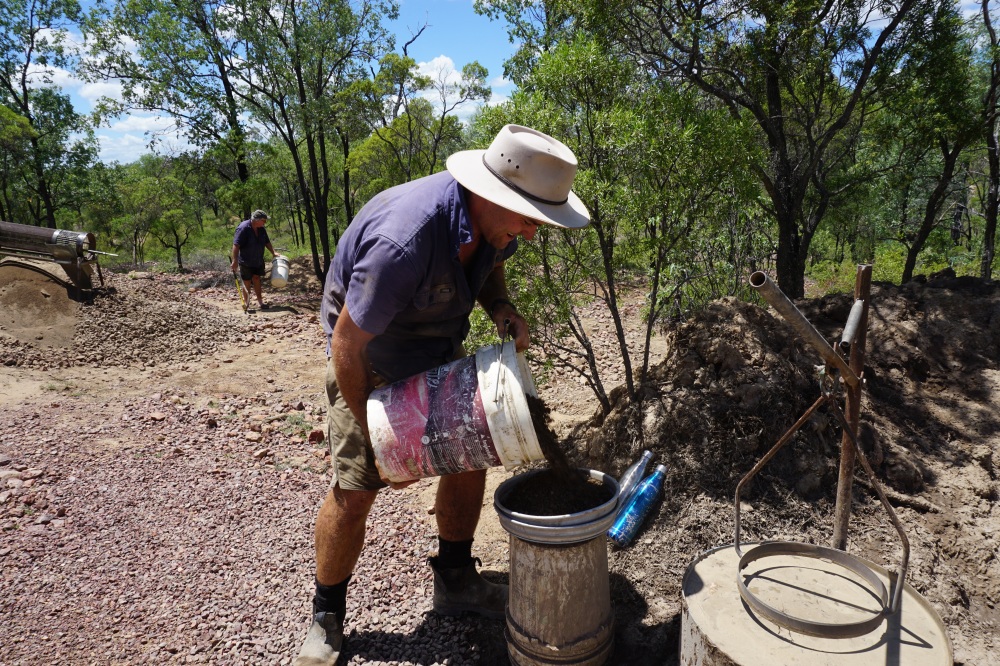 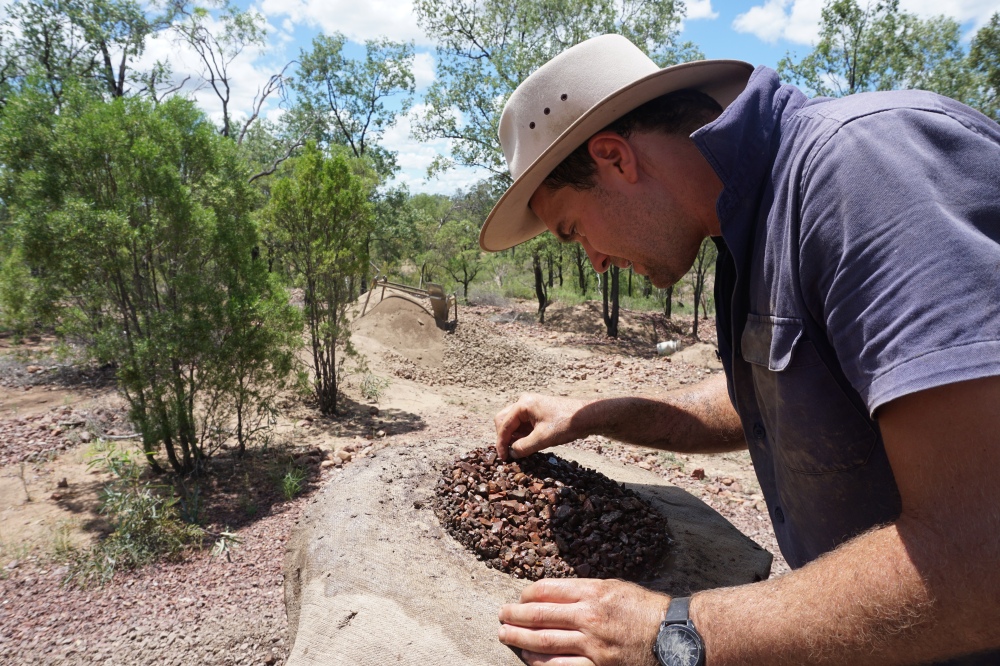 It was very dry and hot out west so we headed for the coast again to Mackay and stayed just out of town at the Leaf hotel where we enjoyed a pub meal and cold beer.

The next morning we drove, not expecting to end up in the Whitsundays as we thought it would be too expensive to stay there. Luckily for us being the off season we scored a stay 3 pay 2 night at the caravan park so we could afford to stay in the Whitsundays for a couple of days to explore the magnificent waters. The day we got there was blue skies, and after a week of rain I didn’t want to waste an opportunity to fly over heart reef and the Whitsundays islands on a clear day. That afternoon I was on a scenic flight over the magical, crystal clear waters of the Whitsundays and surrounds. Another thing ticked off the bucket list and an experience I will remember forever.  Michael gave it a miss but I took many photos to show. 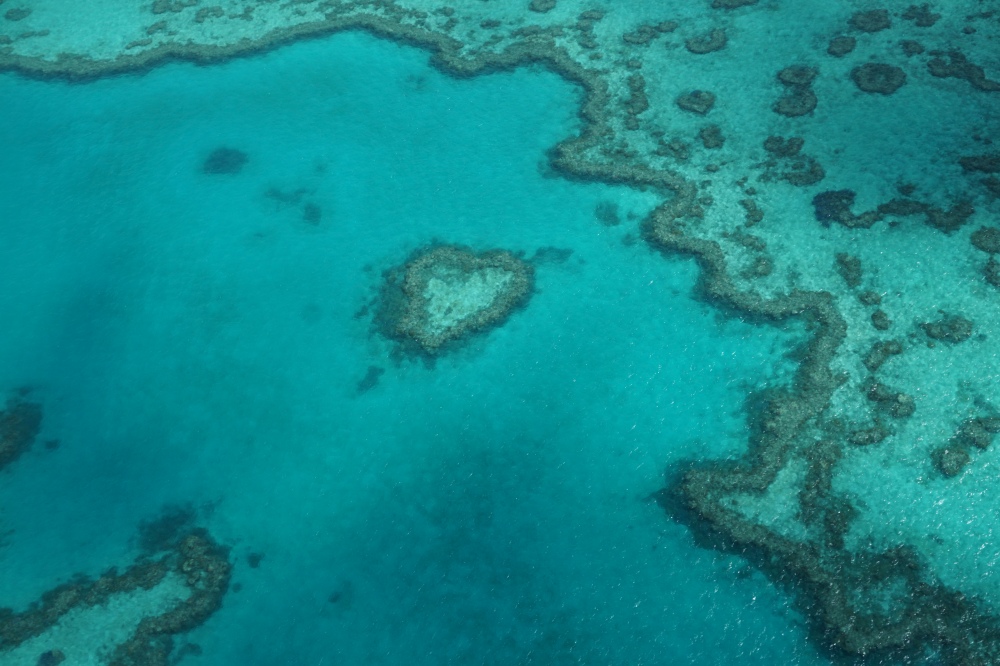 The rest of our days in the Whitsundays where spent searching the coast lines for secluded beaches, picnicking by the waters for dinner and exploring the inland waterfalls. The Whitsundays was heaven on earth, it was paradise and picture perfect just like the postcards. We left the Whitsundays, hoping to return one day with more money in our pockets to experience the Island resort or luxury yacht lifestyle in the future. 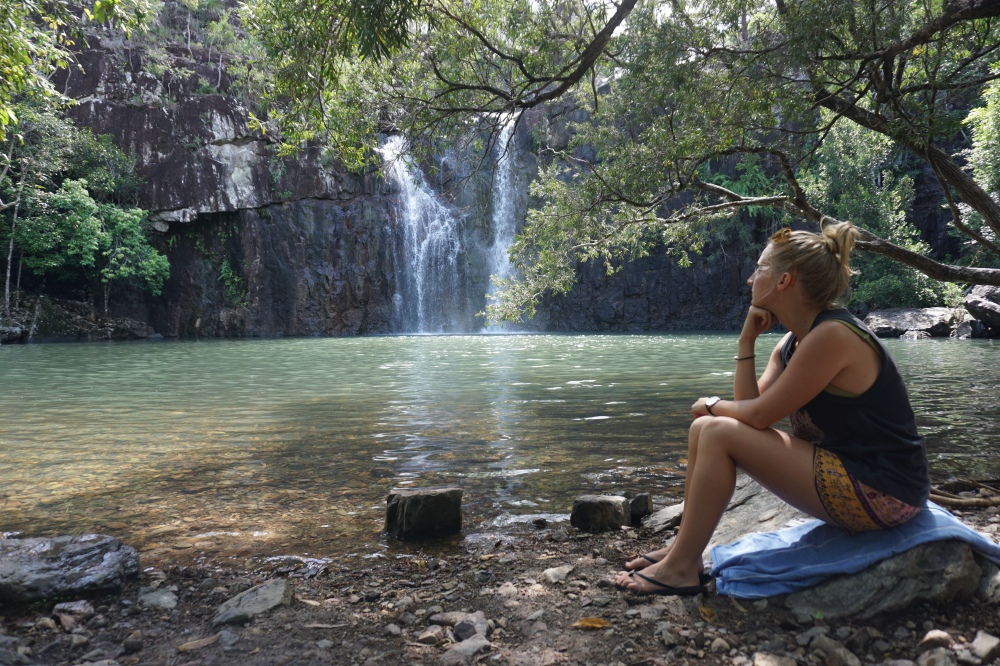 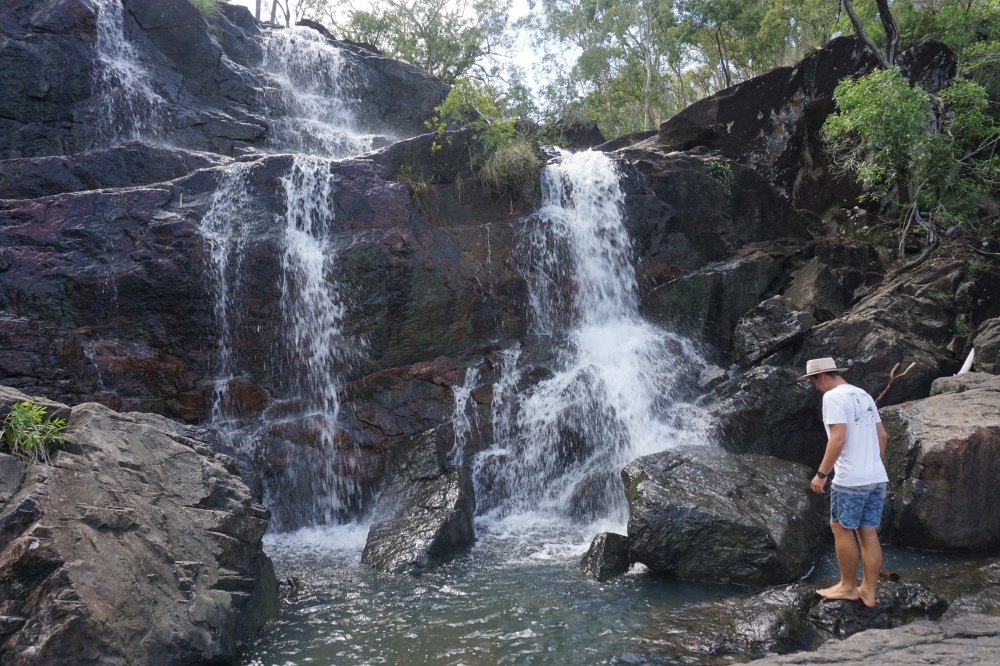 Thanks for reading, read next week to see what we get up to as we continue further north in Queensland up the coast to Far North Queensland.