From Lake Tinaroo we headed to the Daintree to get on the ferry across to Cape Tribulation. 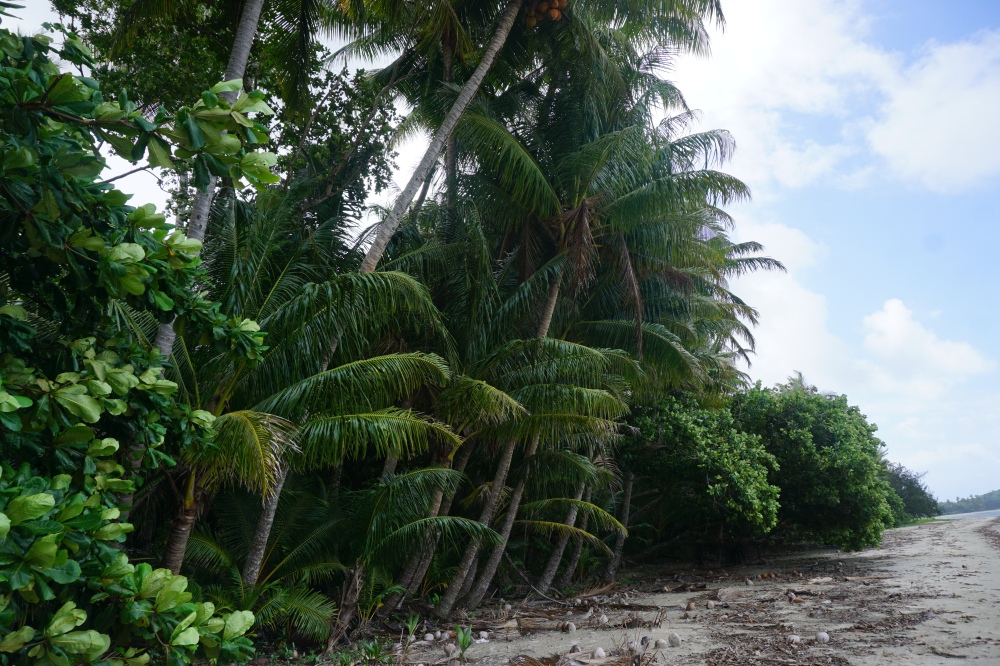 The winding road led us to the camp site I had planned to stay at, yet on arrival they were still shut for the wet season so we continued on the winding roads to Cape Trib Camping, one of the only accommodations that accommodated caravans. It was an unreal place to stay, right on the beach surrounded by the rainforest. Once we had dropped the caravan off we set off with the car along the Bloomfield track, it was picturesque drive through the rainforest. On our way back we stopped at Emergen swimming hole which was a magical place, where we met other young, likeminded people. 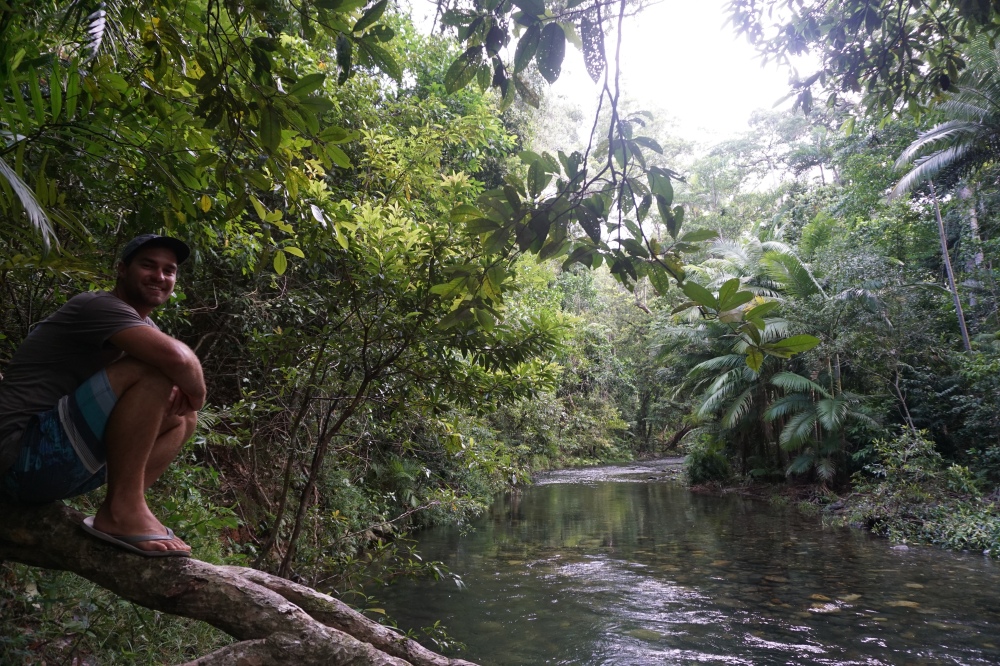 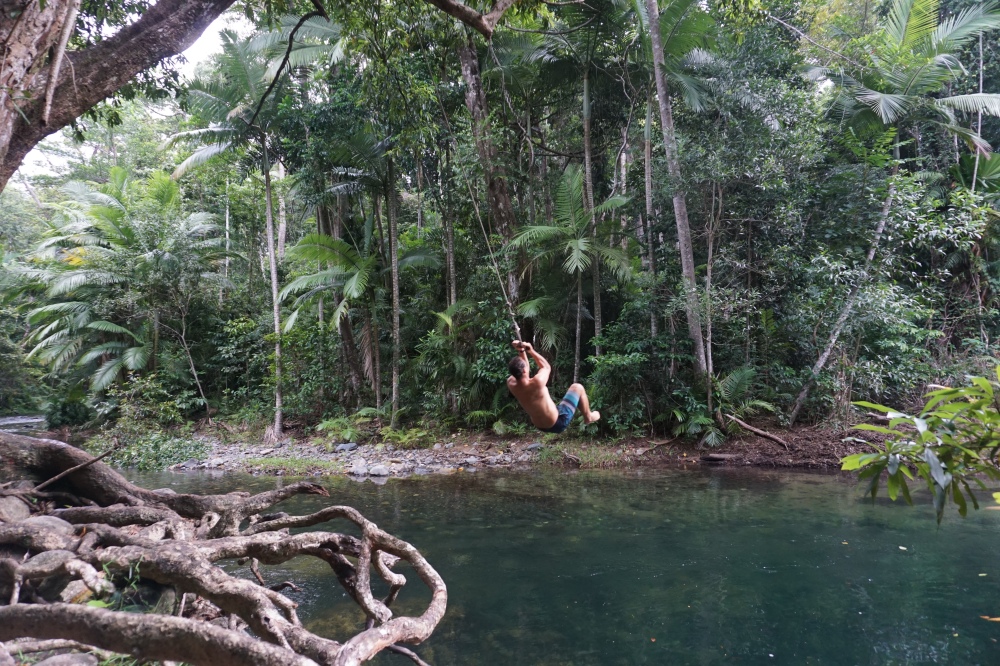 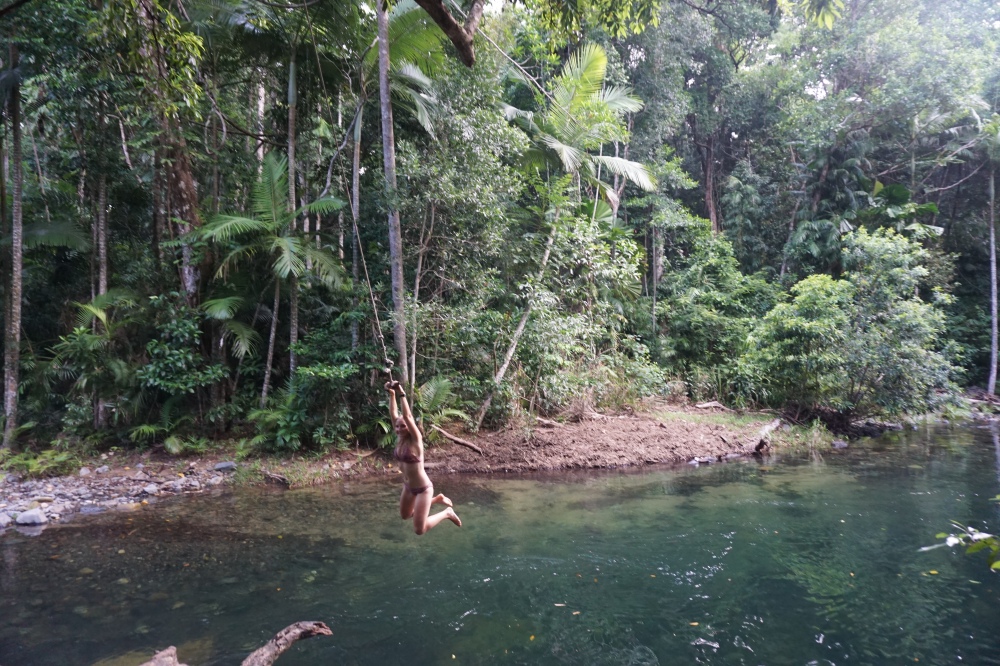 We booked another night here as we spent the next day walking through the Daintree national park, looking out for Cassowary’s. Although it rained most of the time we were here, it was still beautiful and one of my favourite spots in Queensland. As we left the next day, just as we were thinking we weren’t going to see a rare Cassowary bird, we saw one!  In the middle of the road. We slowed down to let it pass and take a photo but of course it was too fast by the time we got the camera it was too late.

Back on the ferry, we were on a high after finding such a magical place in the rainforest. It didn’t last long as we headed along the road to Mossman we were second on the scene to a serious car crash. Once paramedics arrived the road was still blocked for hours so it was a sad afternoon of waiting. Realising how lucky are and to always live life to its fullest because you never know what is around the corner. Once the roads were opened we drove very weary to Port Douglas, it was pouring down with rain as we dashed through the puddles into a café for a late lunch. We checked into an expensive yet very accommodating caravan park in Port Douglas for the night and then we walked to clear our minds that late afternoon along the coastline. 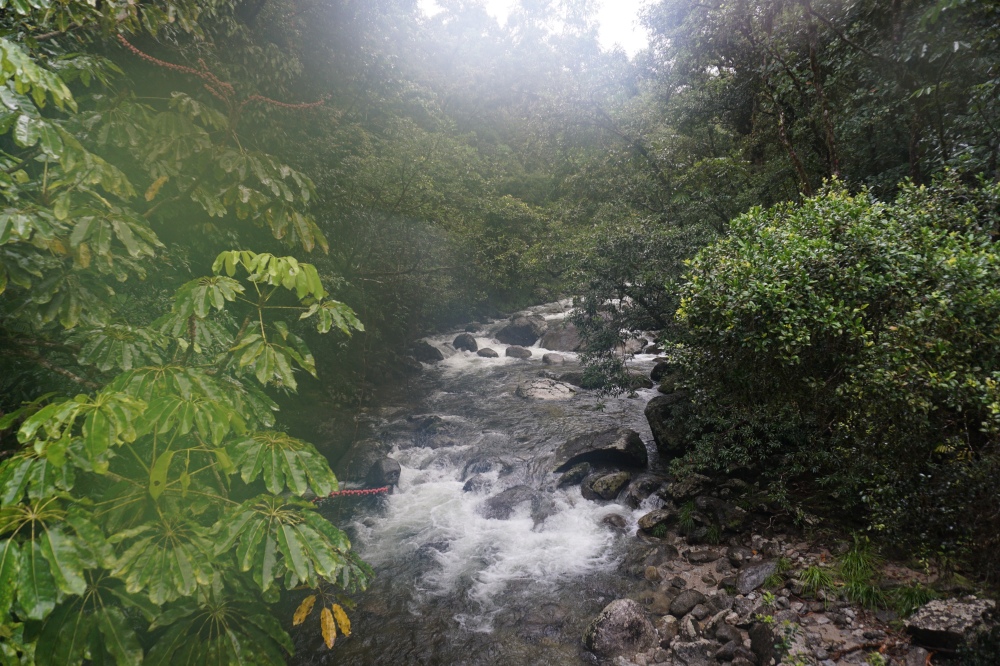 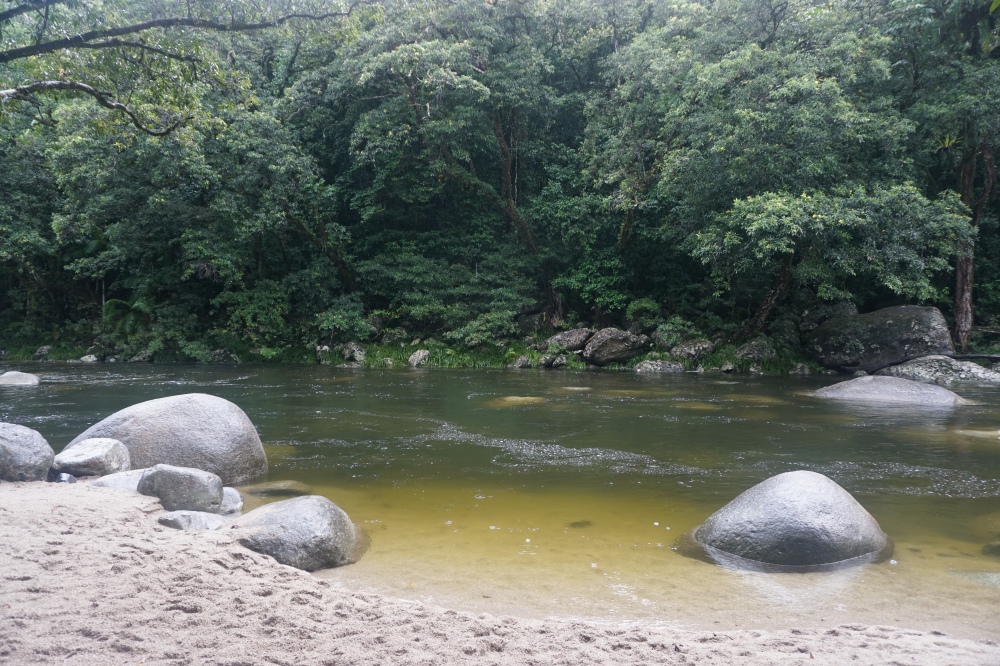 The next day we drove to Palm Cove, it was here where we found out of the arrival on our little Niece, Lyla Dulcie. I had already pre booked flights home from Cairns to meet my niece and for my grans 95th birthday, but this was still a week away. We spent the afternoon, celebrating becoming aunty and uncle. 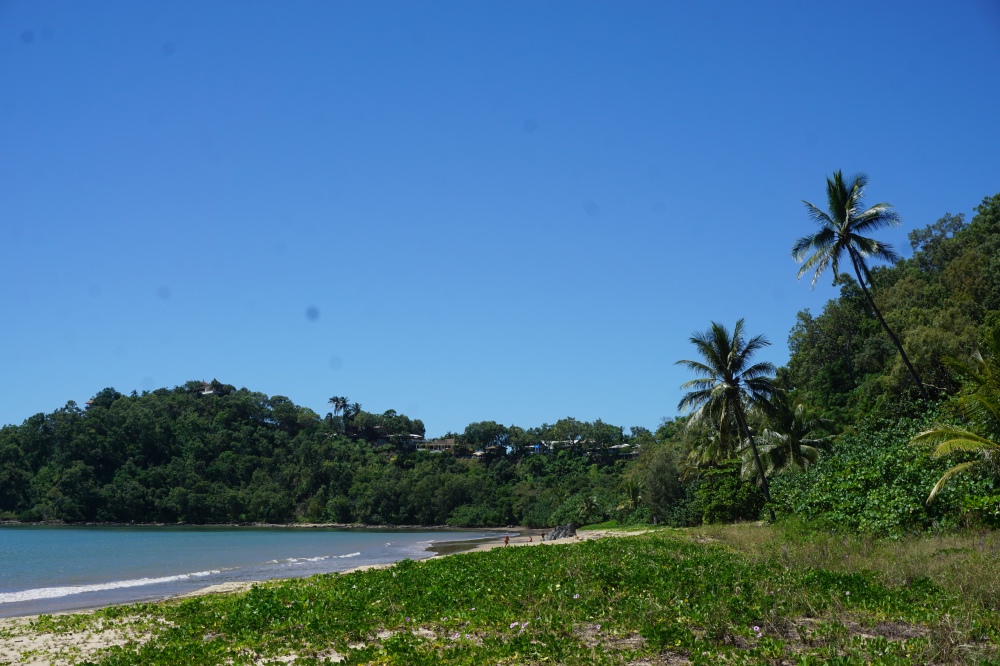 From Palm Cove we went to Cairns and checked into the coral reef caravan park for the week. We picked this one as it was the cheapest and had a weekly deal of pay 6 stay 7 nights.Our week in Cairns poured and poured with rain which made it hard to get out and see things. After days of sitting around inside we realised the only way to get out and do things was to do it in the rain because it wasn’t  going to stop anytime soon. We visited the nearby Crystal Cascades, we thought we would be able to swim here but when arriving we realised that wasn’t safe to do so as it was like white water rapids with pumping amounts of water. That night we were so lucky again as the other caravan park we were going to stay at just near crystal cascades flooded and many caravans, cars and belongings were damaged and lost. 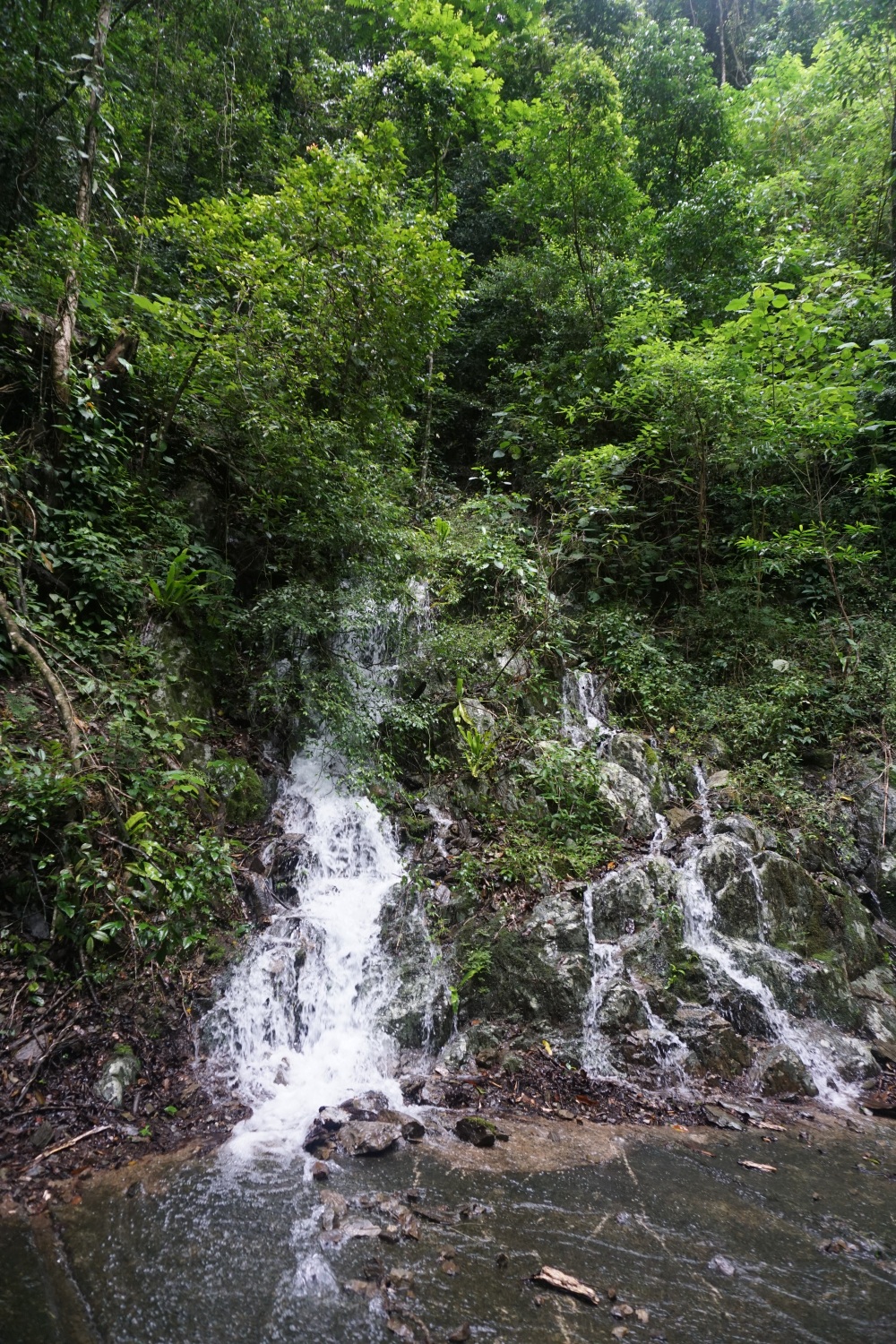 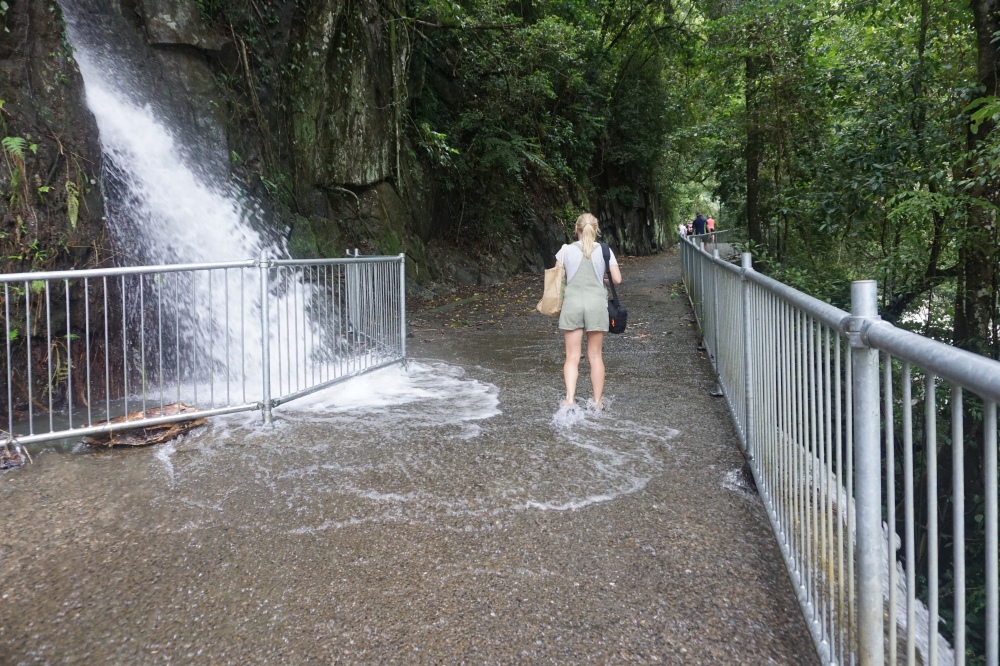 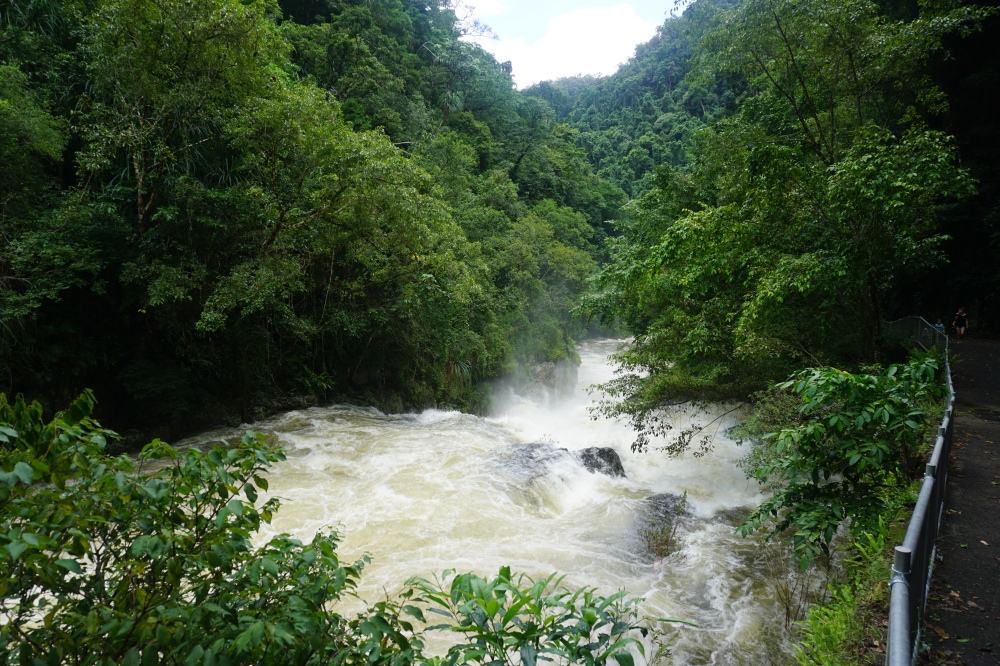 Coming to the end of the week the weather was slowly clearing up, as we enjoyed out morning walks and rides along the beautiful Cairns foreshore. After the floods we did a day trip vising Gordonvale and then to the pumping Barron falls in Karunda.

Michael tried wave riding at the swimming pool, it was a good ½ hour entertainment for me and Michael woke very sore the next day. 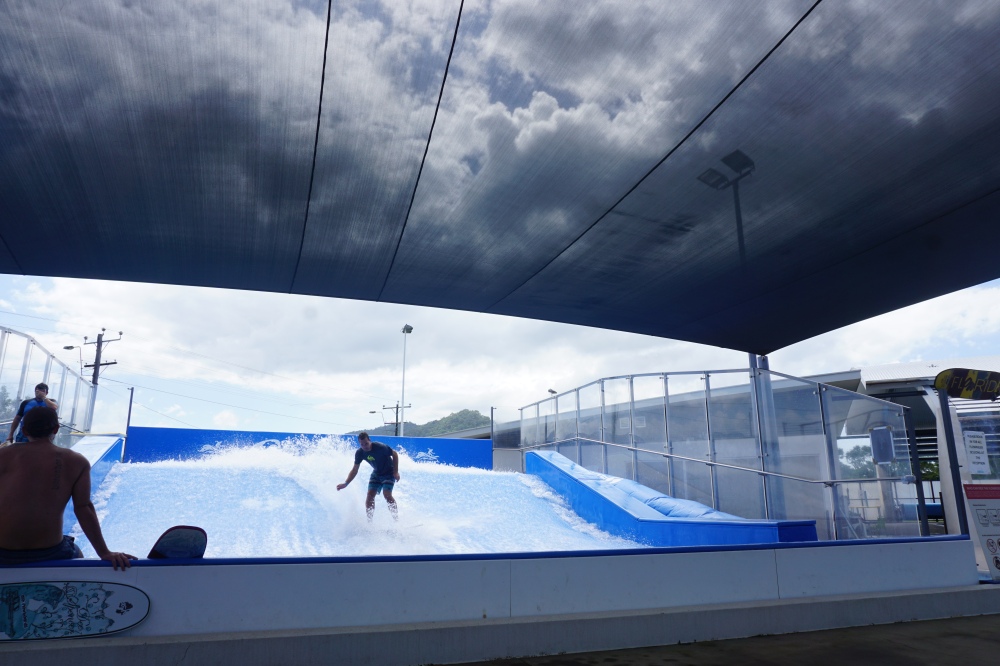 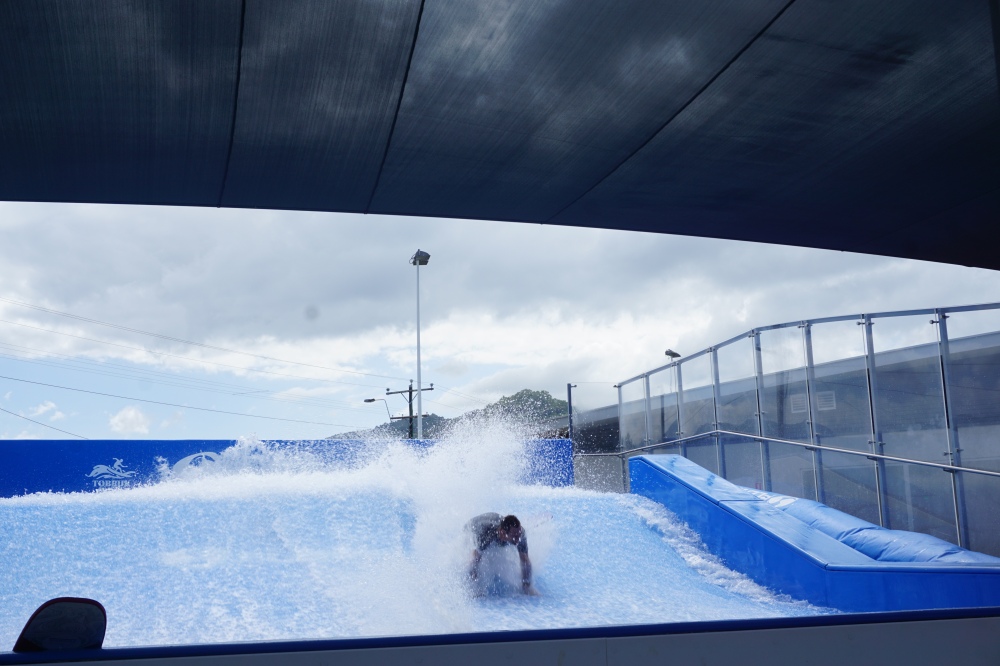 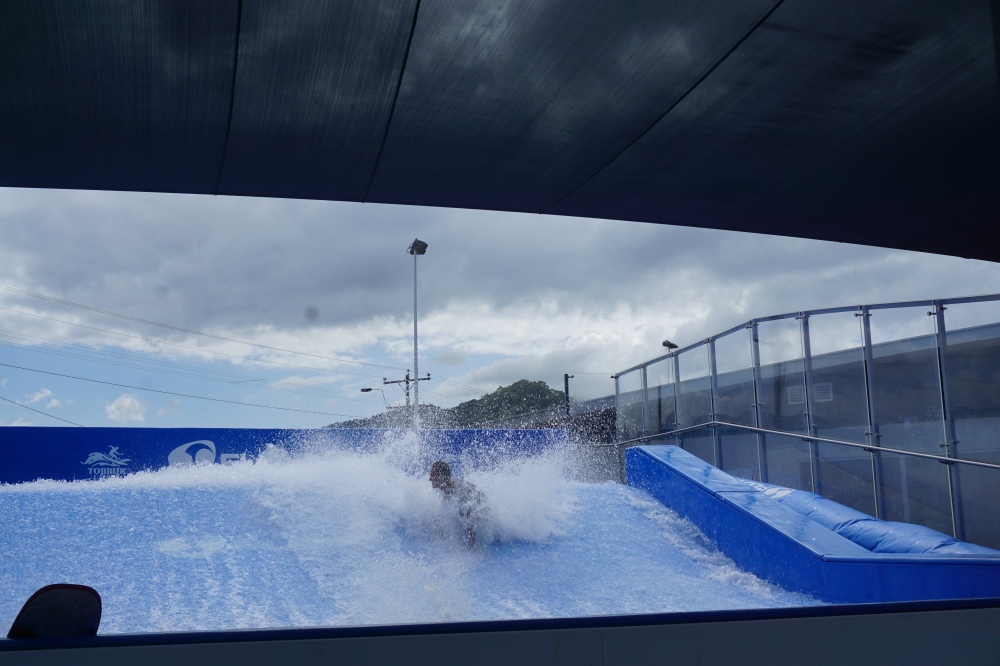 I started to prepare for flying home over Easter as Michael prepared for his friend Cal to meet him in Cairns.

While I was away meeting my niece, celebrating my grans 95th birthday, catching up with family and friends. Michael was showing Cal the best spots around Cairns and surrounds taking him up to the Daintree as they drove the Bloomfield track to Cooktown and back

I arrived back in Cairns after a Midnight flight I had a slow morning before the three of us spent the morning at the markets then enjoyed $20 lunch and drink specials at The Salt House before Cal left Cairns that night.

The next day Michael and I went out to the Great Barrier Reef with Reef Experience. It was a day full of eating, snorkelling and repeating. We saw so much marine life such as, turtles, white tip reef sharks, starfish and a variety of reef fish including gropers plus much more. It was a day well spent under the sea. That night we enjoyed pizza down at the esplanade watching the commonwealth games entertainment. The day after we left Cairns and headed to Cooktown, read next week to follow us up to Cape York, the most northern point of the Australian Continent.