After our busy week in Adelaide’s city we were both looking forward to getting out of the city and having a relaxing week of not doing much, so that’s what we did.

We arrived at great camp spot called Eagle Dell, located on a private property 20mins from Victor Harbour. The owner has transformed the property into a camper’s dream asking only a donation to stay here. It had a lot to offer from the currency creek running through the property where we camped along, it also had bush walking trails, mountain bike tracks and many activities for kids from flying foxes, swings, fairy gardens and much more. While staying here we visited nearby towns, Victor Harbor and Gawler, where we attended the ANZAC Day service. 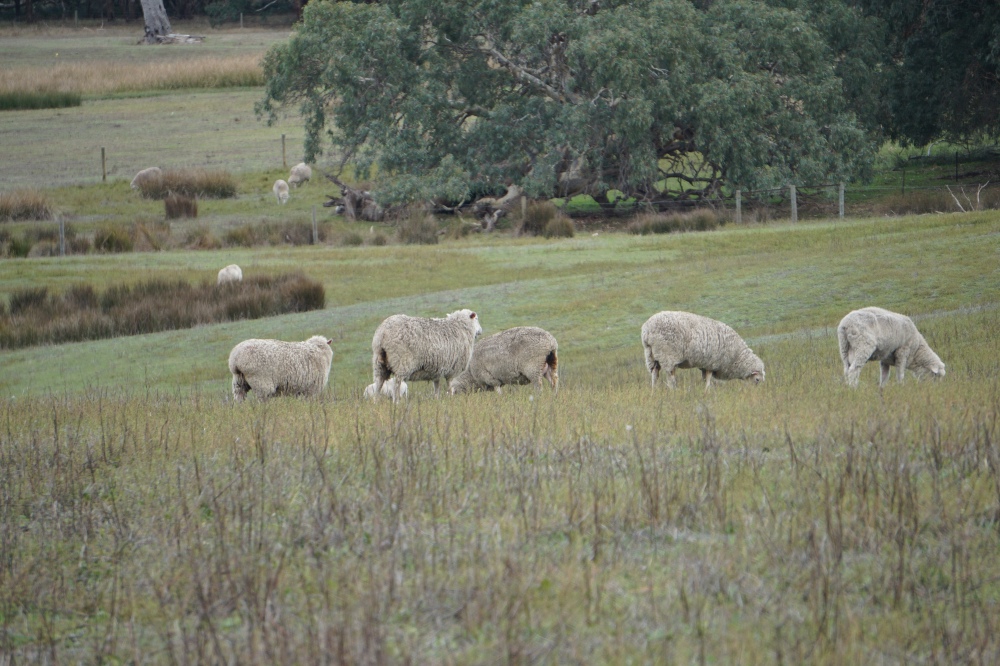 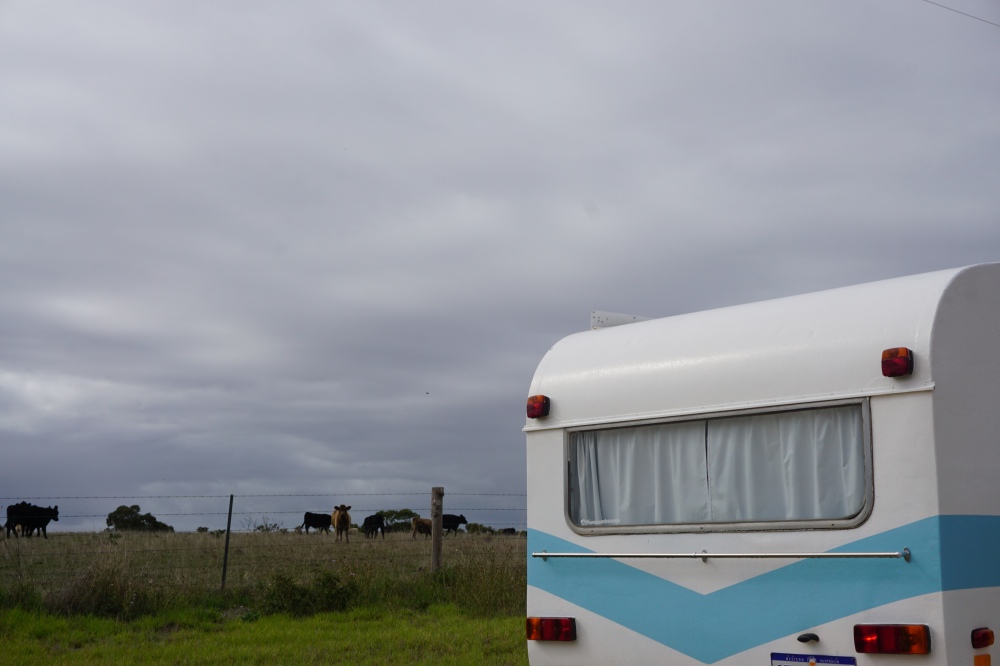 We stayed at Eagle Dell for 3 nights enjoying the country air and wildlife before heading to the busy tourist attraction town, Hahndorf. It was zoned a heritage area in 1988 by government as Australia’s oldest surviving German settlement. We looked through all the shops, a lot selling German products and sat down for lunch and enjoyed Reuben sandwich. 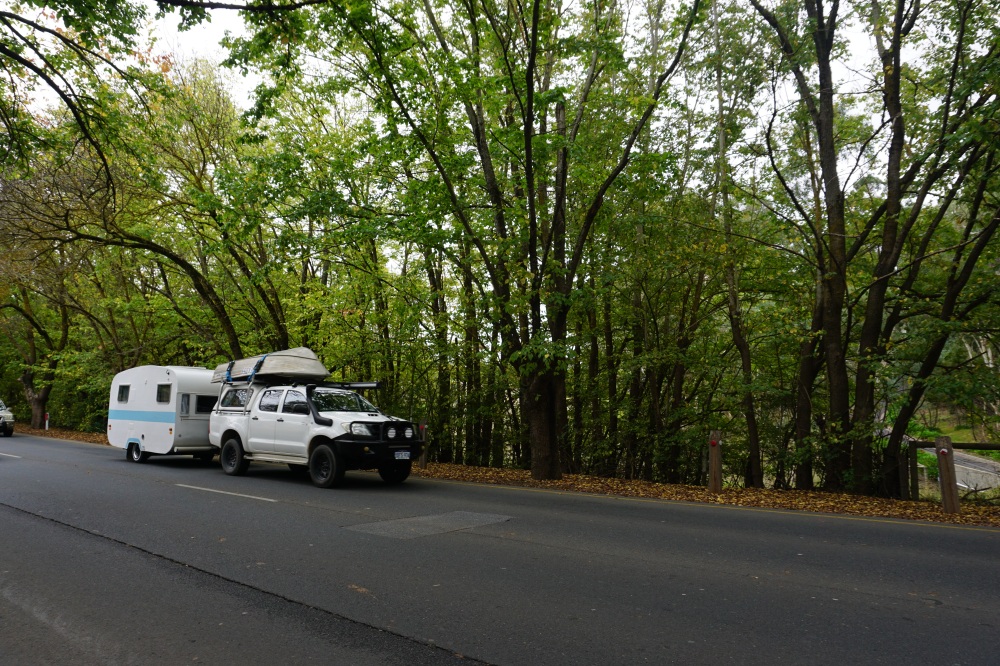 Followed by visiting the Berenberg farm house where we could sample all their yummy jams, sauces and condiments. 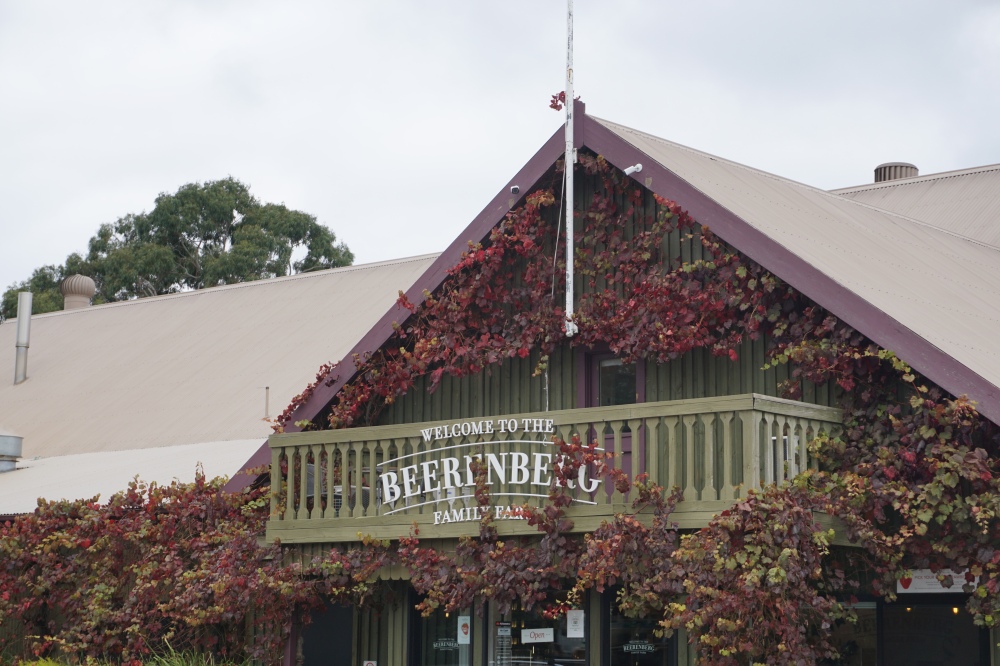 After not having power, water, flushing toilets or showers for a while we checked in for the night at Mount Barker caravan park about 10mins away from Hahndorf. The next rainy morning we left Mount Barker to head towards the Murray River. We stopped through a small town called Birdwood which Michael’s Grandad told us to stop through. Michael enjoyed his time at the Motor Museum while I enjoyed my coffee and cake while reading the paper. 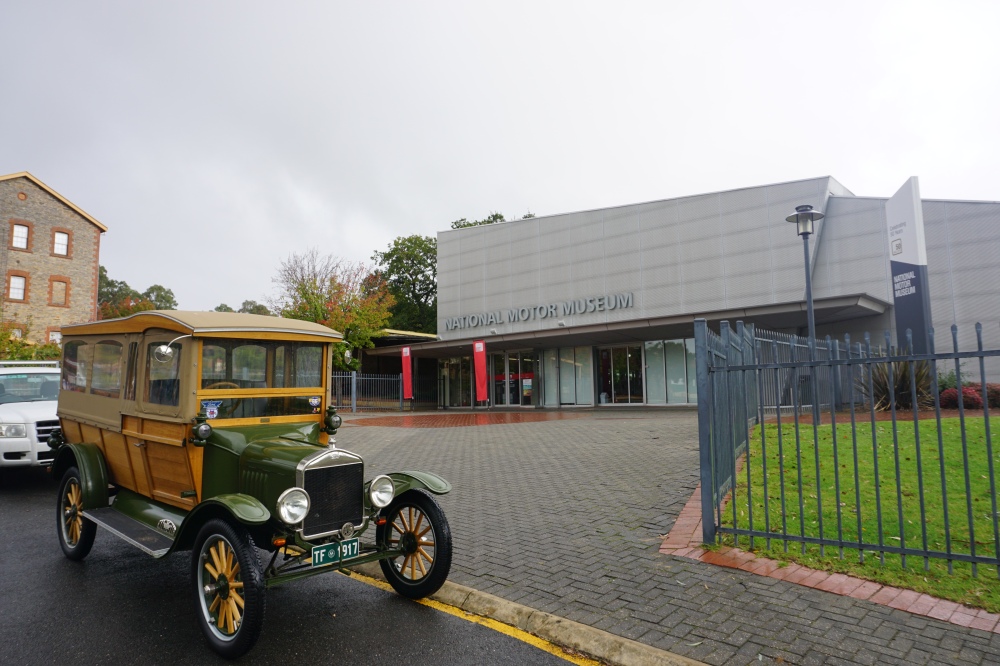 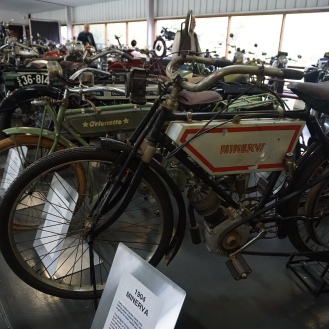 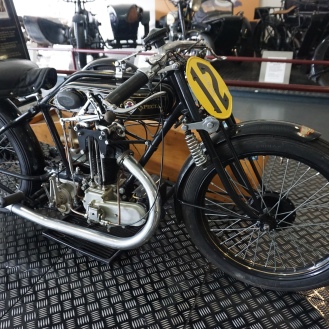 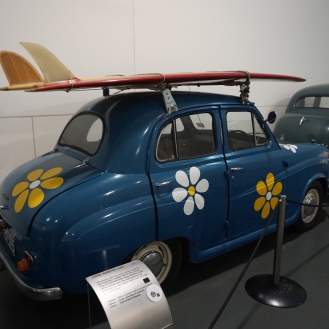 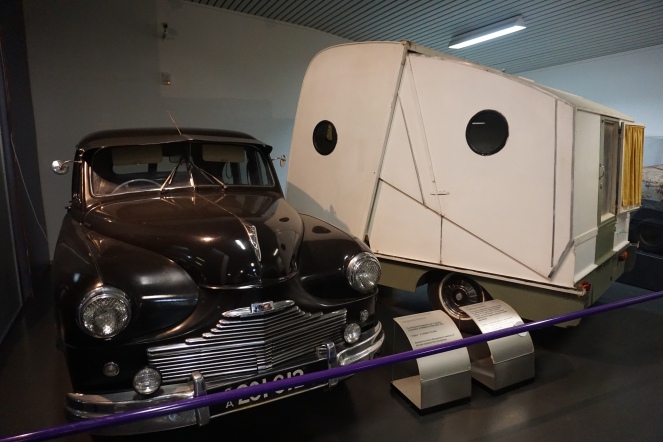 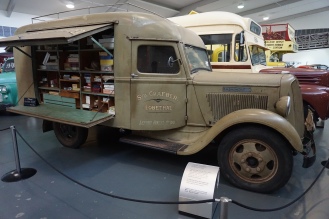 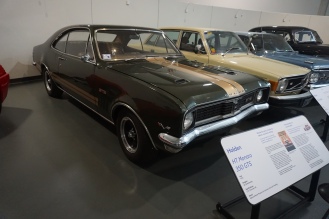 In the late afternoon we drove up the road a bit to Blanchetown and pulled up on the Murray at a free camp for the night.Moving on the next morning to Renmark, we arrived just before lunch and set up camp at a free camp right on the river. It was a great spot with flushing toilets too. 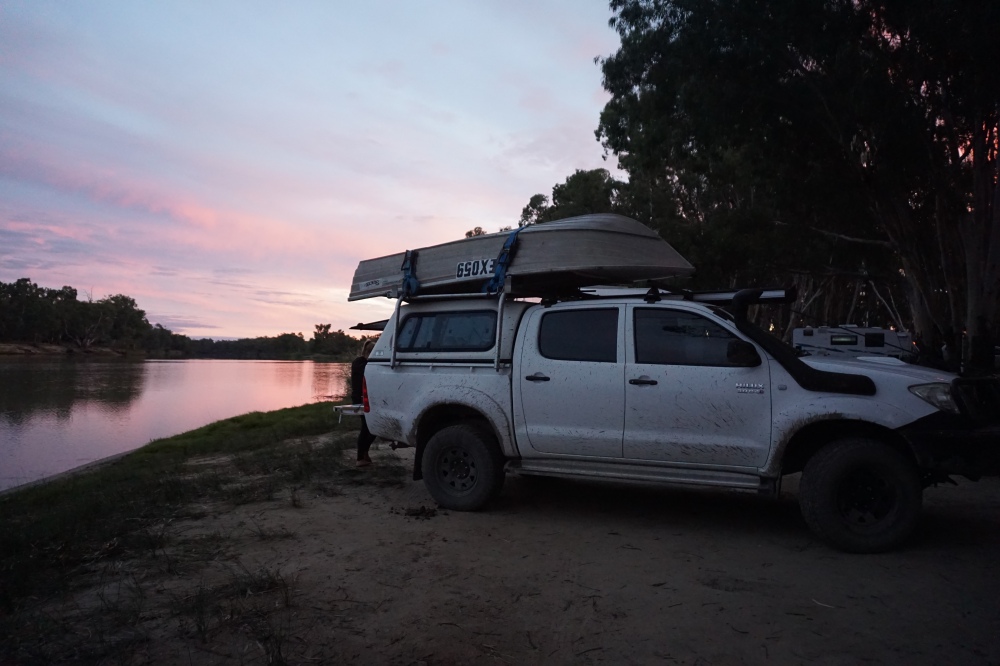 We took the boat for a ride and spent the afternoon cruising down the Murray River. 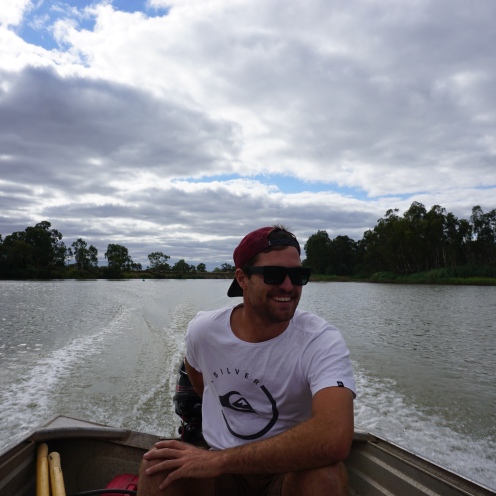 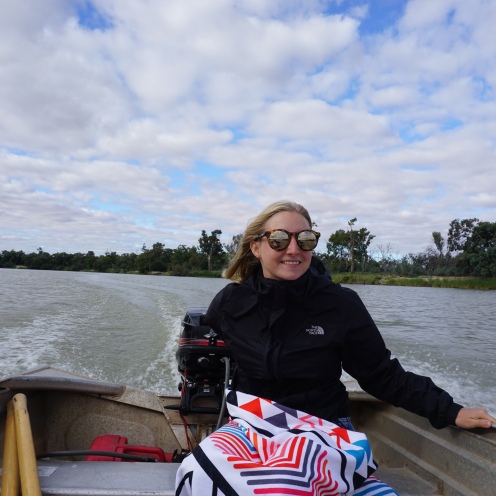 Being only 5 minutes from the town we could watch the footy at the pub on Saturday night and we could also go into town to walk along the esplanade and use to sporting facilities. We ended up staying 4 nights at this spot, watching paddle steamers cruise by as well as house boats, dinghy’s and natural wildlife. While we weren’t relaxing by the river we did visit nearby towns Berri and Waikerie. 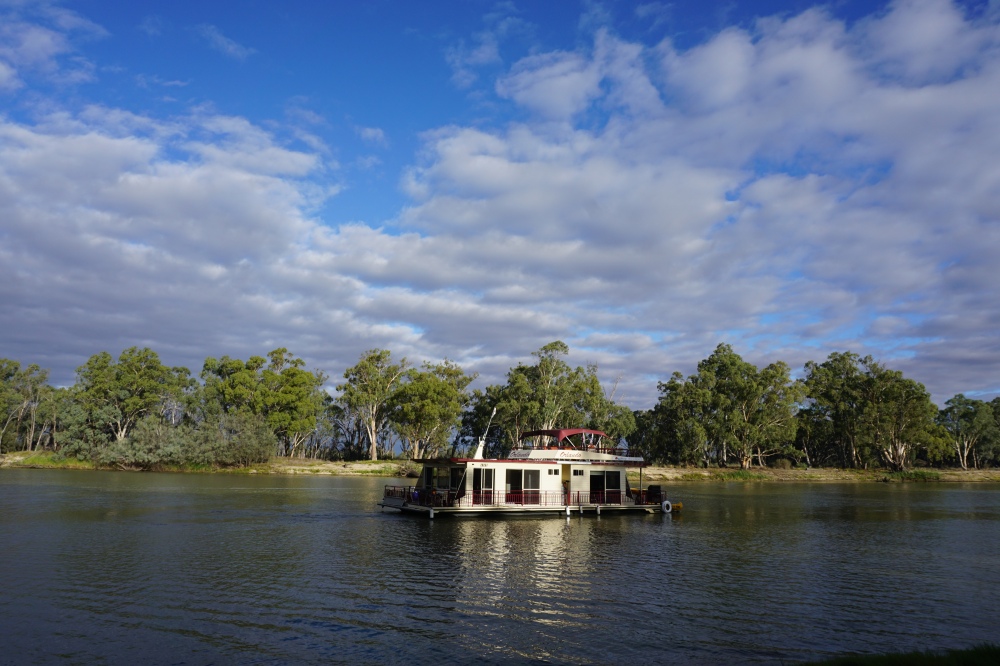 Having only a gas cooker outside for a cooking facitlie I purchased a “Shuttle Chef” at a caravan and camping show before leaving. It basically is like a big thermos and works like a slow cooker without power. You can make all sorts in it and we haven’t had anything fail yet, I could not recommend it enough. This week I made a upside down pineapple cake and Lamb shanks, which I have included the recipe below. 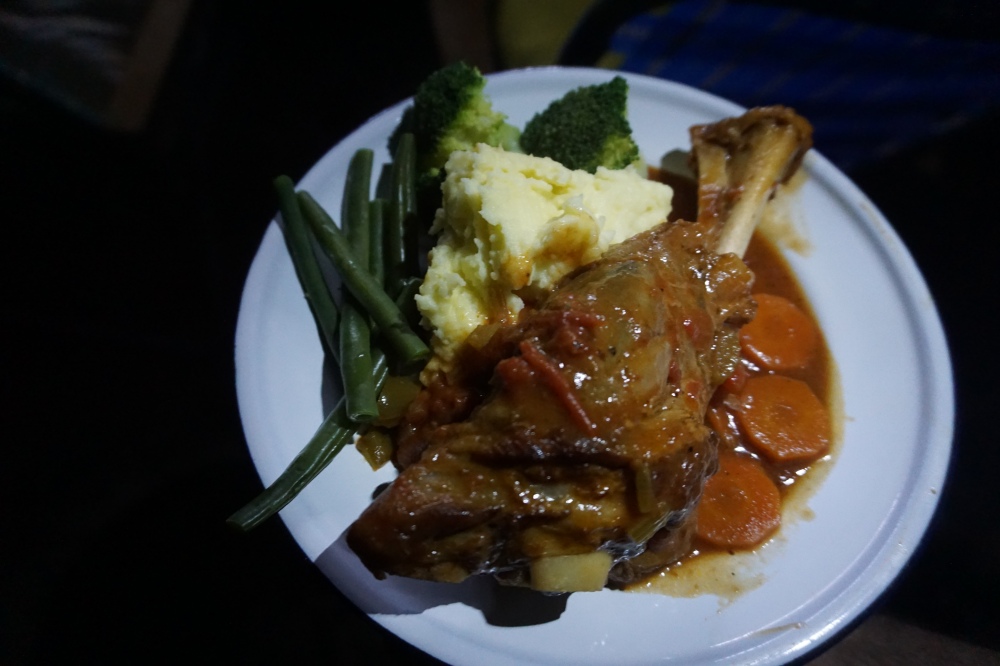 Heat oil in pot and brown lamb shanks. Remove the shanks and add sliced onions and garlic, gentle fry until they brown in colour and softening then add in chopped carrot, celery, capsicum. Add in flour and stir through vegetables for about 1 minute and then add can of tomatoes, worcestershire sauce, crushed stock cube and enough boiling water to cover. Leave simmering for 20 minutes before transferring into shuttle chef. Leave for 6-8 hours then serve with mash and steamed greens. 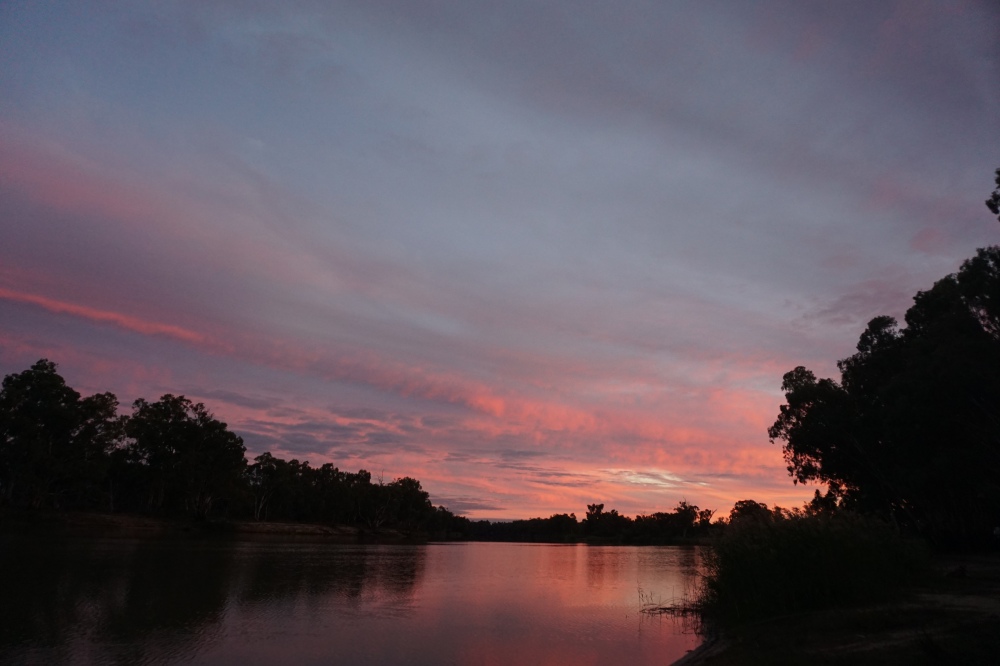 It’s good to have weeks every now and then of not doing a lot and free camping. We have barely touched our bank account this week, and from now on we will be doing a lot more free camping rather than staying at caravan parks. Read next week as we head towards the VIC border.