We left Perth, Western Australian on Tuesday the 21st of February 2017 with the only plan to have no plans. More realistically…. after looking at a map we both wanted to go to Esperance but there was only one way from Perth as recent floods had caused road closures. Kalgoorlie would be our first stop.

Conveniently my parents business (who I previously worked for) has a branch in Kalgoorlie so we could park up in the warehouse which had running water, power and toilets for a couple of nights.

Kalgoorlie is a historic mining town with all sorts of things to offer.

We had previously travelled to Kalgoorlie for the annual Kalgoorlie cup and to visit my sister (Kerinnne) who worked as a school teacher. We hadn’t seen much else of the town beside the race coarse so we made the most of our time in Kalgoorlie to see all the main sites. 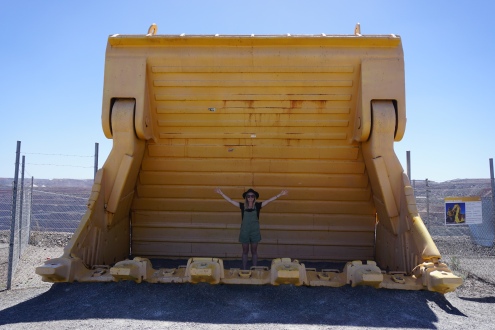 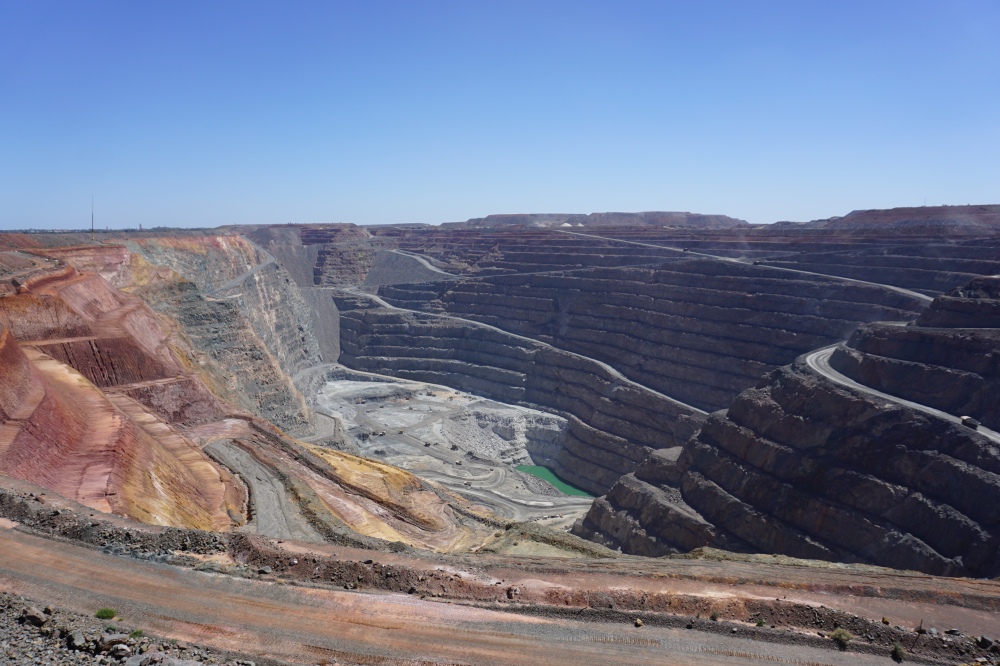 My sister (Alana) and Michael’s brother (Darren) had travelled around Australia in 2014/15 and met Brad and Mel on the road who were also travelling around Australia- they have now been in Kalgoorlie for almost 12 months. It was great catching up with them- Michael went to footy training with Brad and I went for a nice walk around bushland with Mel. They then joined us for dinner at “Paddy’s” with some other friends.  (Unfortunately, we forgot to get a pic with them, so below is a pic of earlier in the day parked up at the “Broad Arrow Tavern” 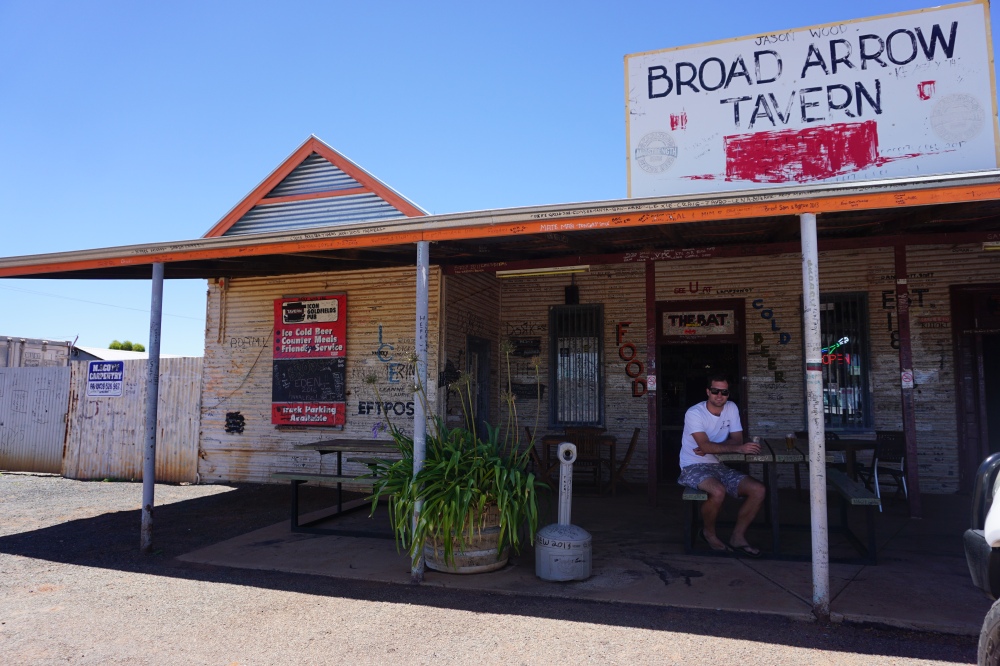 The weather forecast (37 degrees hot and sunny) led us to leave the dessert and head to the coast for the weekend. Esperance would be our next stop.

Cape le Grand is really like the photos on the postcards, everywhere you look is breath taking and we are so lucky we got to explore this incredible coast line.

When we arrived at the national park there was only 4 spots left at the Lucky Bay campsite, so we quickly got our spot and went for a dip in the very inviting crystal clear blue water. 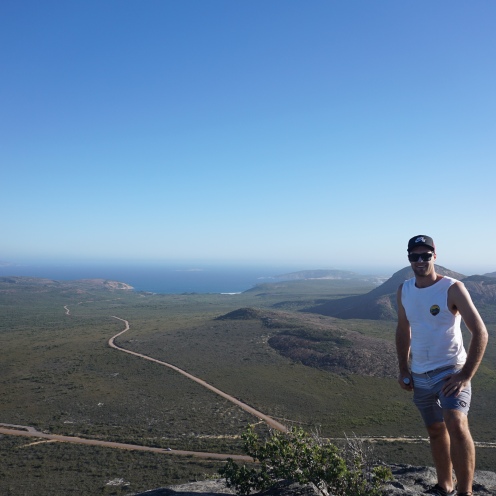 The above photo’s is the view from Frenchman peak which was a 3km return steep hike. Once reaching the top it reminded us again why we decided to travel when we are young and not to wait till we are old as this was very challenging and steep.

The next morning, we did the 6km return Lucky bay walk which led to the viewing platform where you could see the spectacular views of the bay and surroundings. We ventured a bit further on, climbed over some rocks and had ourselves a secluded bay. 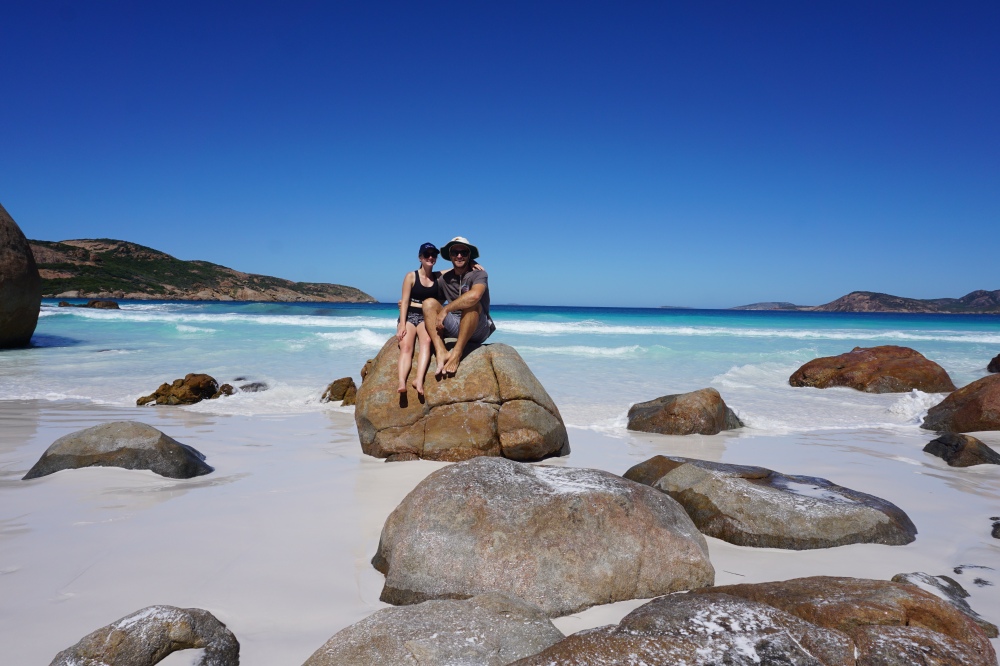 Returning to Esperance from Cape le grand the weather gods were still turning it on for us. We enjoyed another day of visiting new beaches, swimming, reading books, eating, 4wding, exploring rocks pools and a lot of laying on the beach. Life could not get much better.

See the rock pool in the above photo, the below  photo is Michael in that rock pool.

Our last day in Esperance we visited the Esperance egg farm and picked up a dozen eggs for $2.70 bargain!

We survived the first week! Wish us luck, as we now attempt to cross the Nullarbor.