Nullarbor – Meaning “Treeless plain” and that’s really what is was, with a roadhouse every now and then. It was a verrrrryyy loooooonnggg drive and very quiet (thanks to my Spotify deciding to cark it and delete all my songs). We had a few of Mick’s Aussie hip hop cd’s on repeat and it didn’t take long for us to get sick of them. 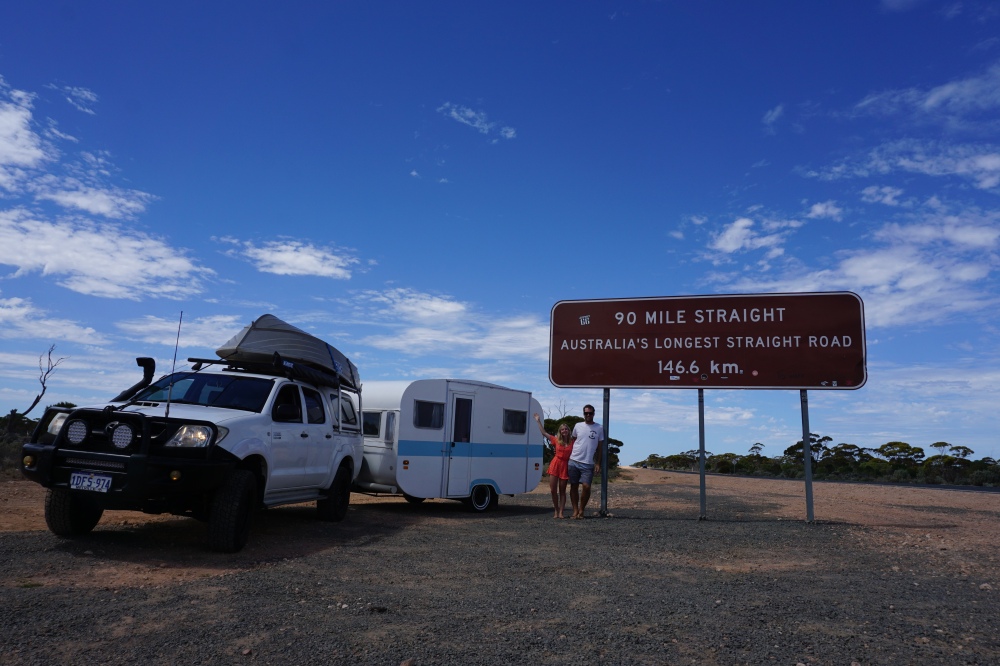 We planned our first stop to be Balladonia, a small road house town located 192km east of Norseman.  We arrived just before midday and wandered through the heritage museum which had a lot of interesting information about the towns history including aboriginal dreaming, pioneers, afghan cameleers and the crash landing of the NASA’s sky lab. There was not else much to do in Balladonia so we decided to keep on driving and stop at a free camp. When arriving at the free camp with no toilets, showers and no one else there, we decided to keep driving to Caiguna for the night.

Quick overnight stop at the Caiguna road house and we were back on the road the next morning heading 390km east for Eucla. We stopped in Eucla at its very nice facilities for lunch and decided to keep driving and stop at the Nullarbor road house overnight.

The next day was another long day of driving but there was a light at the end of the tunnel! We had crossed the border, heading away from the desert toward the apparent king george capital of Australia. It was a nice change of scenery as we travelled down the Eyre Peninsula going though Ceduna, Smoky bay and finally arriving at Streaky Bay, South Australia.

We stayed at the brand new Little Island caravan park (opened mid February 2017) which had  the best amenities EVER! The ablution block included your own personal cubical with toilet, shower and vanity. Just as we thought the park couldn’t get any better with its brand new facilities, free wifi, car/ boat wash and much more the owners were from WA! Who were very friendly when we met at the $6 hot dog night.

We explored Westall way loop and Cape Bauer loop along the rugged coast line offering a range of walk trails, swimming and fishing. 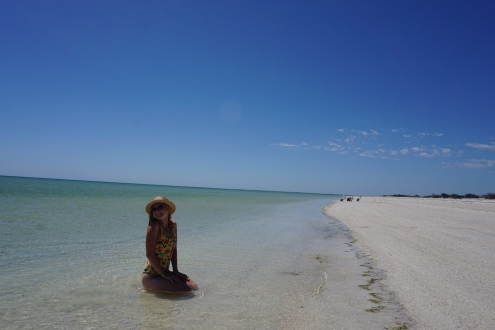 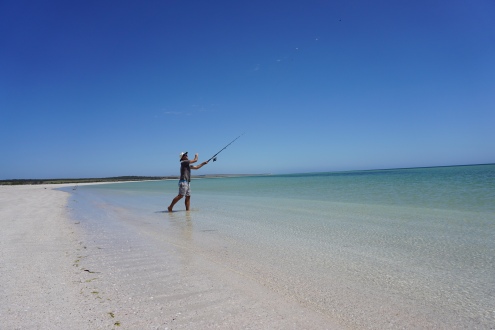 We stopped for lunch and spot of beach fishing seeing what we thought were KGW swimming past in schools straight past our bait, this was just the start of our fishing frustration (after talking to some locals turns out they were mullet swimming past us). The next day we took the boat out and we were lucky to make it back after having troubles with the fuel line. We made it home, very hungry with just one very lonely KGW which after looking at our fish book it wasn’t even,it was a Tommy ruff aka Herring. (safe to say we need to brush up on our fish species biology).

We thought we would stay 2 days in Streaky bay and ended up staying 5 as we were very persistent with catching a king george whiting. Another day hungry and no fish we headed down to the local pub to drown our sorrows and had the Sunday special $15 schnitzel which was big enough to take home in a doggy bag and feed us for the next night.

Our time had come to an end at Streaky and we headed 75km up the road to Venus bay.

Again, we took the boat out in windy conditions and no fish which was becoming the trend. We realised what our problem might be that we don’t have an anchor, and we need an anchor so we are not constantly drifting, then we might be able to sit on a sandy patch and catch king George. (We plan to get an anchor ASAP when we get to a bigger town)

Hoping the next week brings us more fish as we are continuing to head down the Eyre peninsula to Port Lincoln.